View of Salisbury Crags, one of the dramatic volcanic spurs presiding over Edinburgh, painted between 2016-19.

When I was looking up the history of the Radical Road, I came across a national newspaper article that said it got its name “from the unemployed West of Scotland weavers who were set to work paving a track round Salisbury Crags, following their failed efforts during the Radical War of 1820.”  ‘Failed efforts’ – ? That phrase jarred – since some 200 years later,  here is an artist honouring their struggle, as well as the inspiring ideals of the previous century,  into the light once again.  In his late style, Moffat’s attention has turned just as much to the enduring qualities of struggles for justice as to the enduring qualities of the land around us. Whenever the human spirit cries out for justice and fairness, that sound reverberates through history until it’s heard.

An important and beautiful series of works. 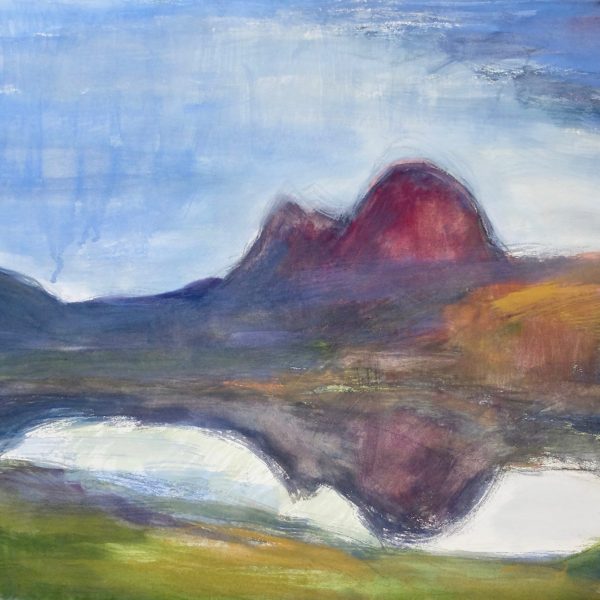 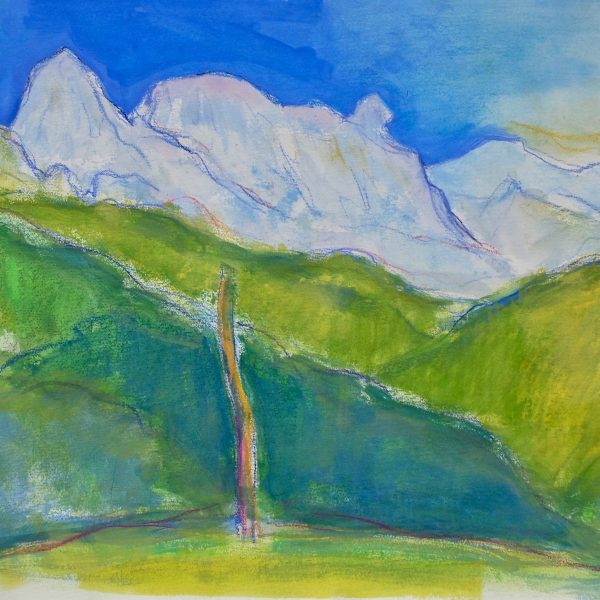 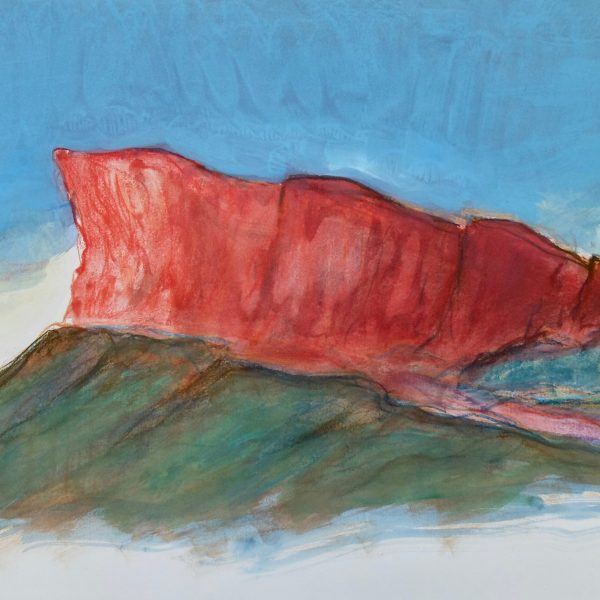 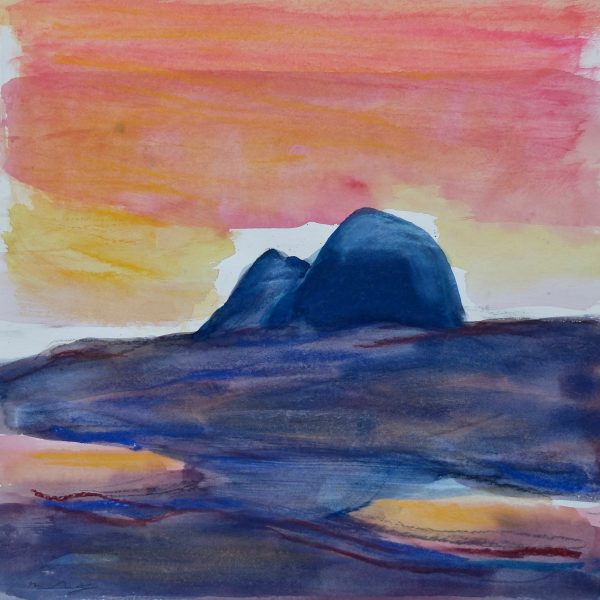 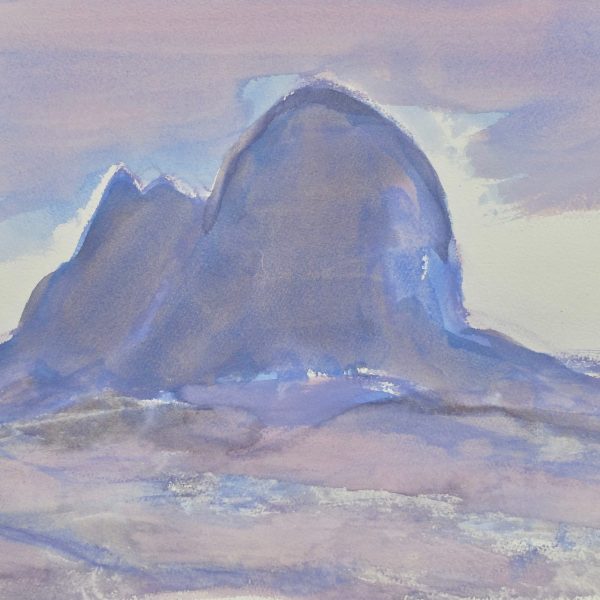 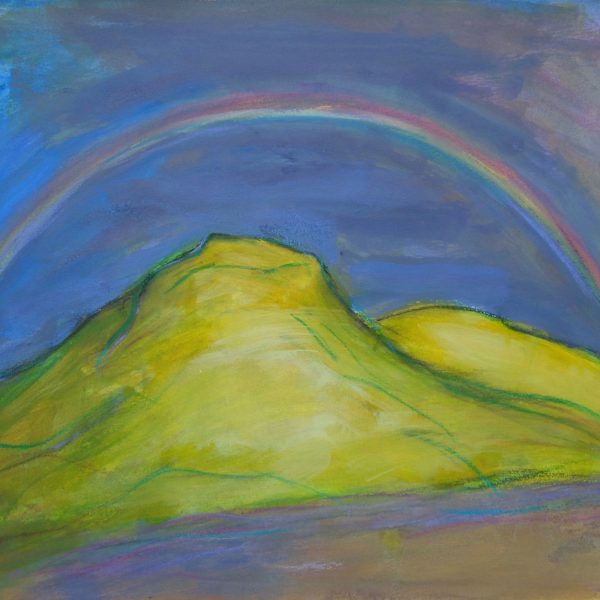 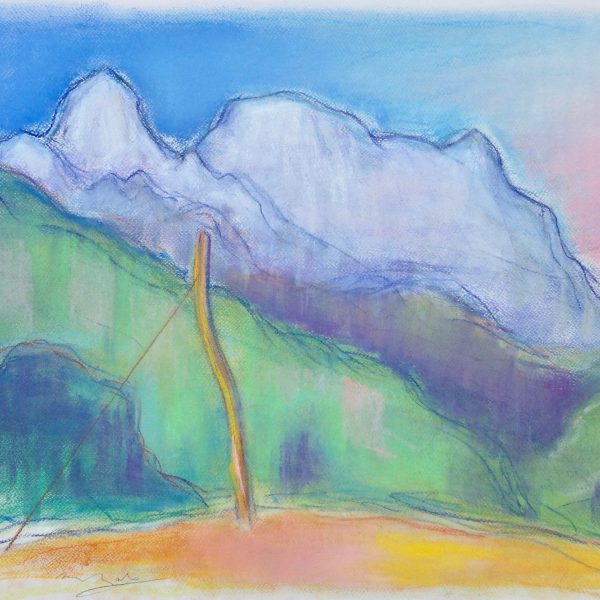