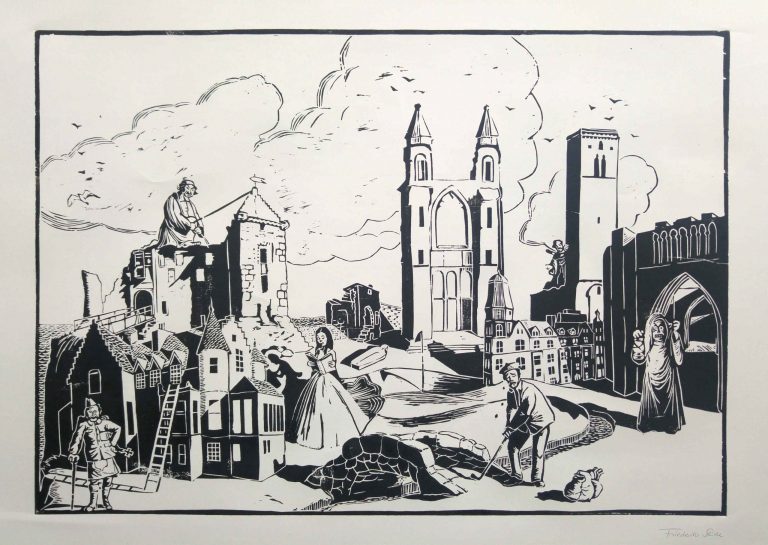 Friederike Seide is an award-winning artist from Germany, based in St Andrews.  This exceptional woodcut displays the artist’s skill and characteristic light-hearted, affectionate treatment of some of the folklore of the town.  There are six ghosts of St Andrews depicted. Each is depicted in such a way that somehow, more sympathy than genuine fright is elicited.  On the left, atop the Castle, is the ghost of Cardinal Beaton, who had the protestant George Wishart burned at the stake and was stabbed to death in revenge by other protestants, at the Castle. There is a ghost of a soldier, Sergeant John Ripley, who fell from a ladder to his death at Castlecliffe (where the School of Economics and Finance at St Andrews University is now based), after having survived the horrors of WW2. . . . a complete guide to the characters depicted is provided on a post-card with each woodcut print.

A delightful work, rich in content, with much to inspire interest.            Available to purchase with OwnArt.