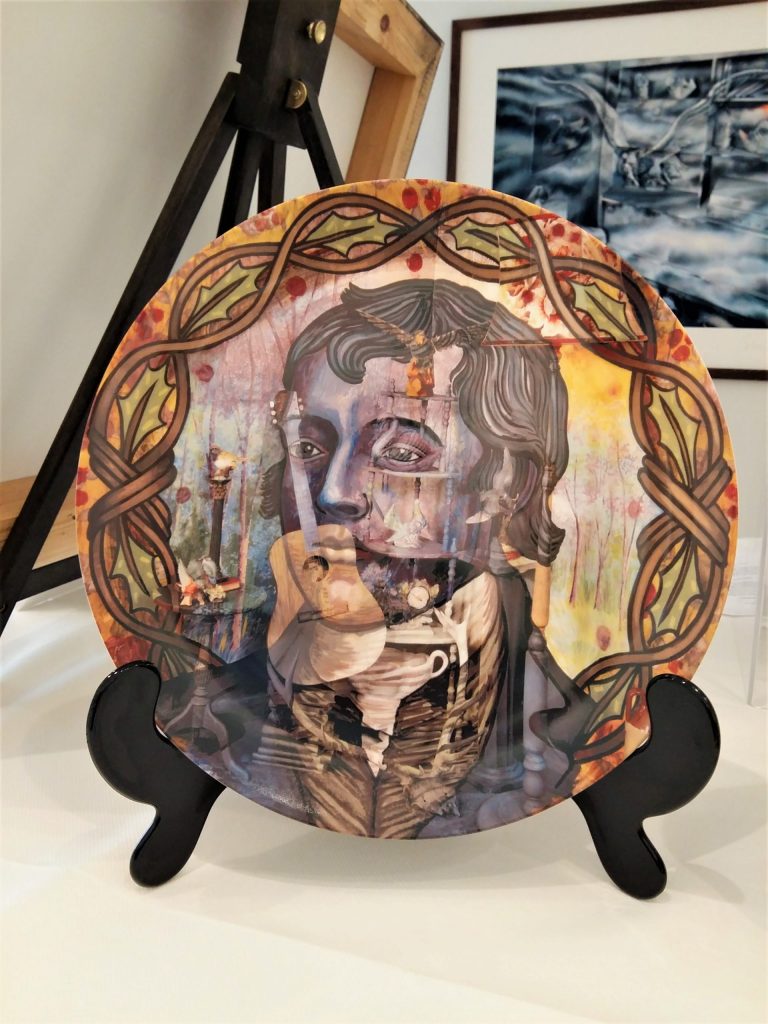 For his exhibition Museography at Dundee’s McManus Gallery in 2017, the artist installed his Burnsomania work printed in the round, encircled with both mass produced Burns plate memorabilia plus his own commemorative plates. The images for his own plates were taken from his photographic artworks, now transfer printed on porcelain.

‘This device of printing the photographs onto commemorative plates was a deepening of Colvin’s fascination with the interaction of fine art with popular culture.’ – Tom Normand, in ‘The Constructed Worlds of Calum Colvin: Symbol, Allegory, Myth’ (Luath Press, 2019, pp 139-145)

An extraordinary example of the artist’s valuing of the entirety of the culture around us. 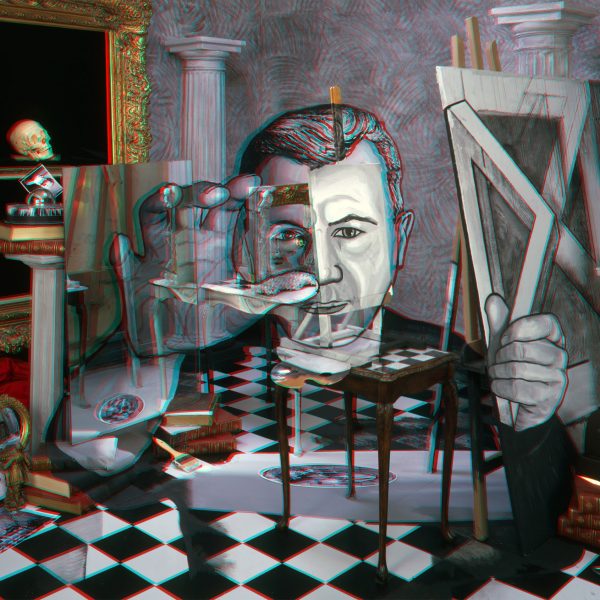 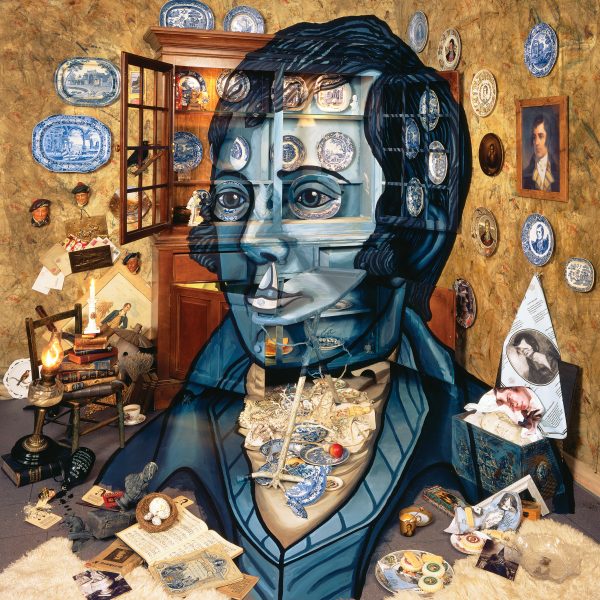 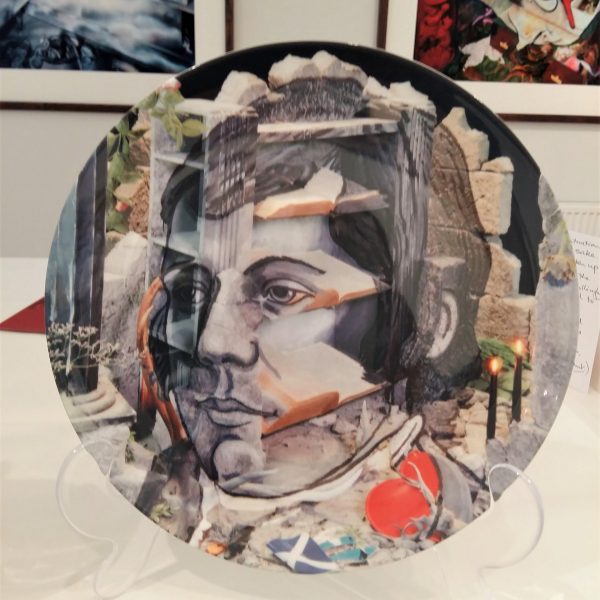 Commemorative plate – from ‘Portrait of Robert Burns (after Archibald Skirving) 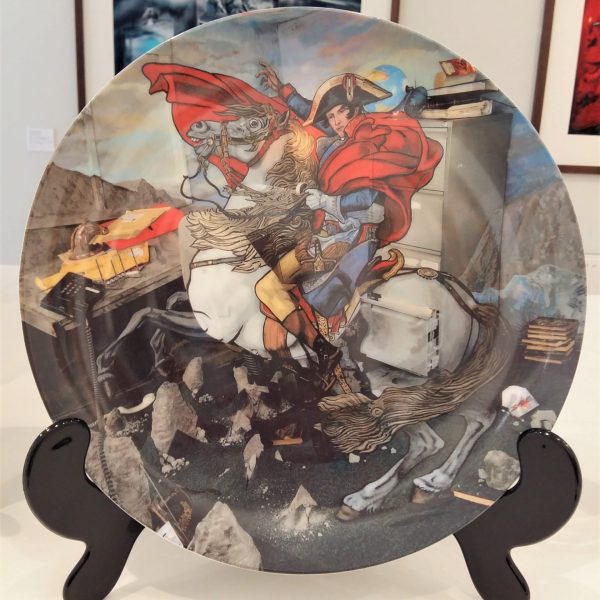 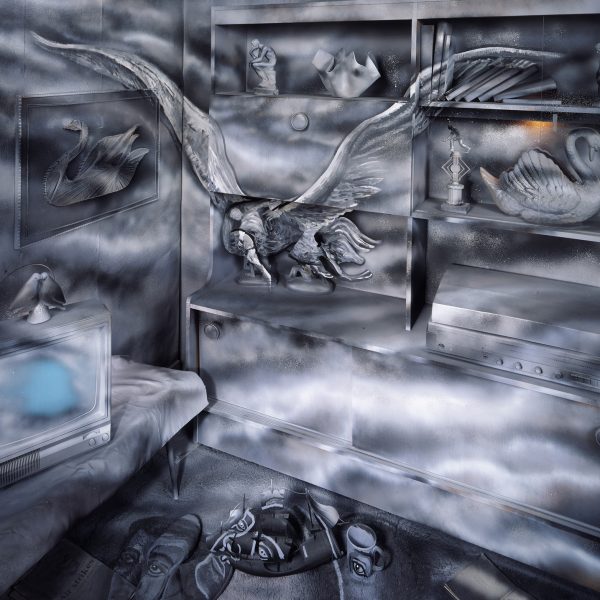 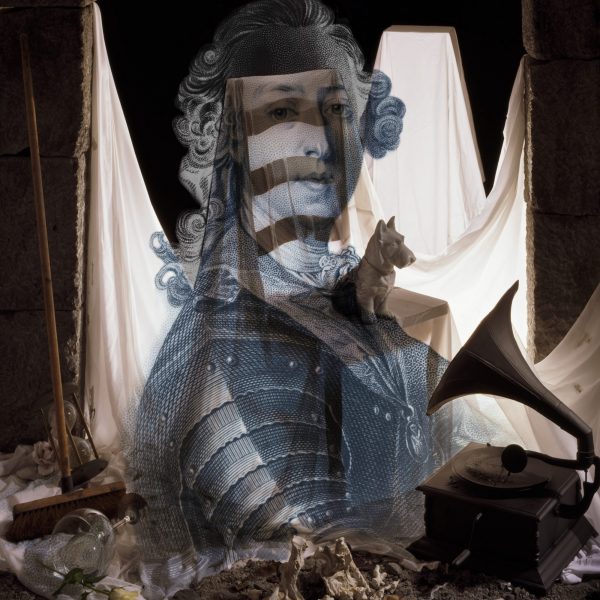 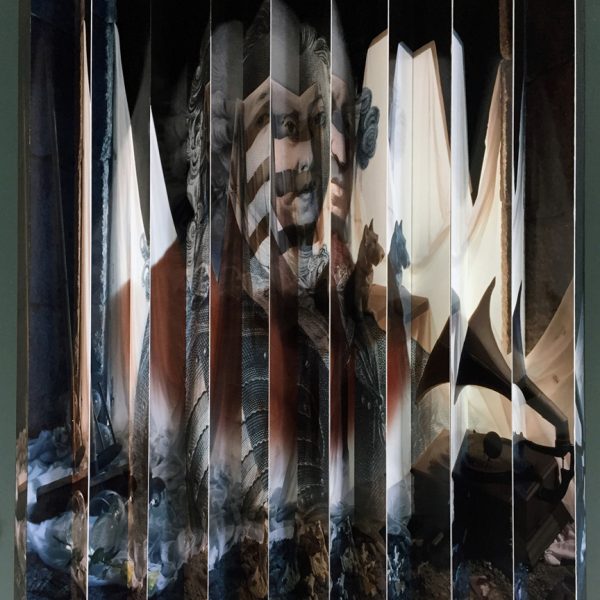 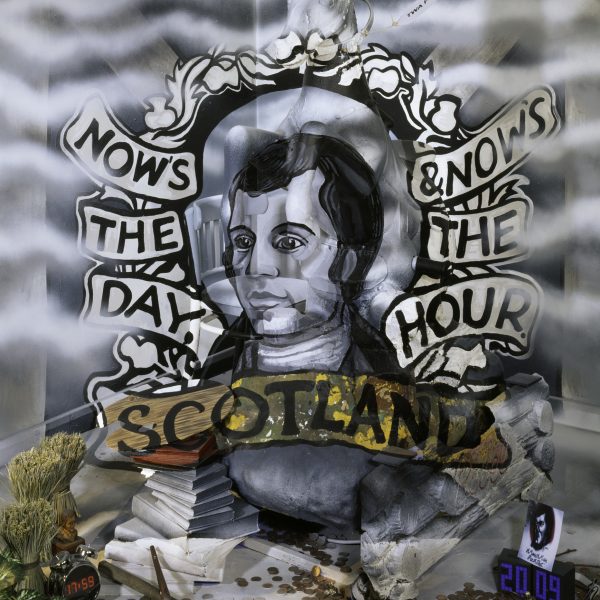 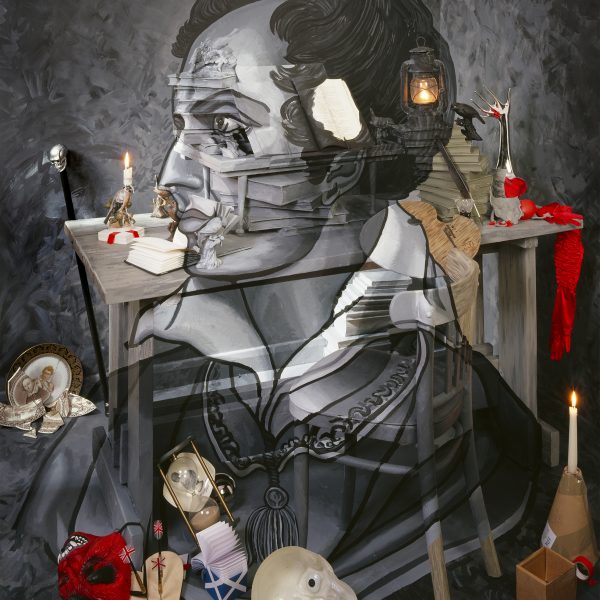